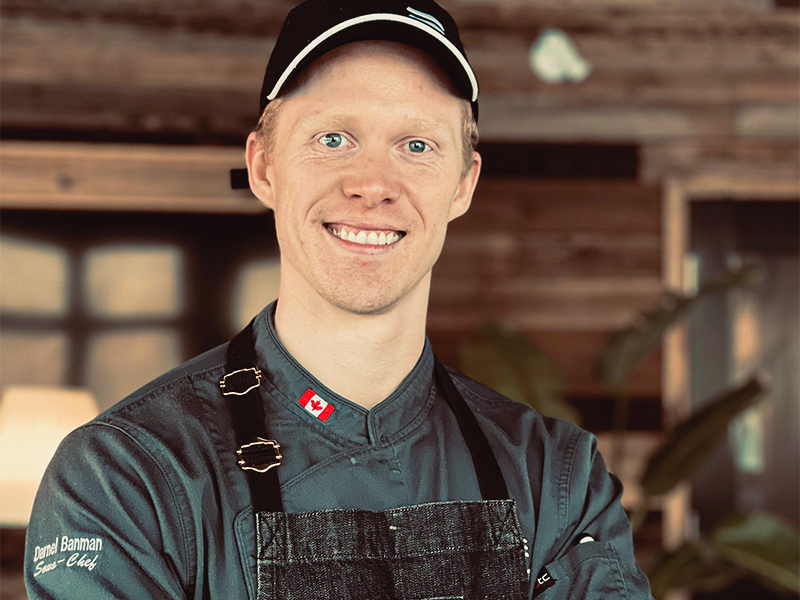 A Conversation With Thermëa Sous-Chef Darnell

Meet Darnell! He is a sous-chef here at Thermëa and a first-place winner of the prestigious La Chaîne des Rôtisseurs’ Jeunes Chefs Competition. The competition exists “to encourage the cultural differences in food & wine presentation and preparation using a traditional approach and be a major player in the transmission of knowledge.” Following his win, Darnell spent 6 weeks learning traditional French pastry techniques at Le Cordon Bleu in Paris and is here to tell us all about his experience.

How does this story begin?

Le Cordon Bleu is a school that many young chefs dream of going to. I was lucky enough to win the La Chaîne des Rôtisseurs’ Jeunes Chefs Competition which allowed me to take part in a 6-week pastry course in Paris, France.

What did a typical day at Le Cordon Bleu look like for you?

On my walk to school every day, I would cross the Seine and glance up at the Eiffel Tower and the skyline. A day at Le Cordon Bleu typically began with class at 7:30 a.m. That was usually followed by a demonstration or practical class that we would get marked on. The campus was very well equipped with everything you could imagine. Fresh croissants every morning and an americano became part of my daily routine. Once the school day was over, I’d usually stop at a boulangerie or butcher to grab dinner. If that wasn’t on the menu, the sushi and pizza I had in Paris were the best I’ve ever had!

What was the biggest thing you learned while in Paris?

Weigh your ingredients to the exact measurement. There were a few times my recipes weren’t up to par or altered because of a few grams. It really makes a significant difference in the end! How to make macarons perfectly stood out to me the most. I went through a phase while training for my international competition years ago where I was making macarons 3 times a day, so I was able to execute it in a timely manner and doing so in Paris was unbelievable. And I’d say seeing how the pastry chefs have mastered the use of a piping bag was incredibly impressive and probably the most underrated technique to perfect.

What was the best tasting pastry you ate in those 6 weeks?

Éclairs and Paris-Brest! I’m a big fan of pâte à choux overall because it’s not too sweet.

What are you bringing from Le Cordon Bleu to Thermëa? What are you most excited to share?

I want to share the classic techniques I learned out there and the importance behind them. I think understanding the basics is the most important aspect when it comes to preparing pastries. You cannot cheat a great pastry, so it is important to understand the why and how.

My next goal would be to obtain my Certified Canadian Chef (CCC) designation. I am also currently taking a wine course through Thermëa with my colleagues and I would love to pursue and progress in that area as well.

Who else would you like to meet in this new series of blogs on Thermëa artisans?